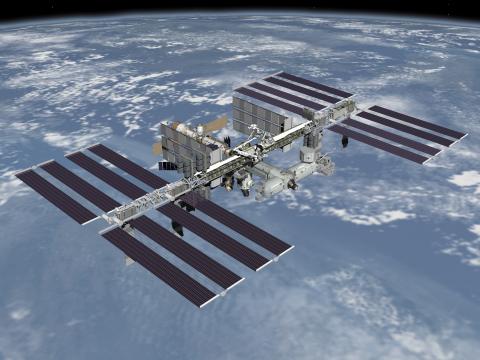 With the start of work at the station in 1994 and until the end of 2013, the year NASA has spent about 75 billion dollars for the development, construction and operation of the ISS (for meticulous: 43.7 billion was spent directly on the property, and 30.7 billion and 37 Shuttle flights to the station). This does not include the 11.2 billion dollars that went from 1984 to 1993 for the design of the station "freedom" the forerunner of the ISS.

Currently, the Agency annually spends $3 billion on the ISS, but by 2020 this figure will rise to four billion. Nothing can be done: on the one hand inflation, and on the other, the older will become the station, the more you need to spend money on its maintenance.

In addition, the commissioning of new ships built for commercial companies Boeing and SpaceX, does not help the Agency to deliver astronauts to the ISS is cheaper than it does now, using "Unions". Let me remind you that at present, NASA pays 70,3 million dollars for a place in the ship.

Moreover, the Agency would have to pay more for the flights of the CST 100 and Dragon, which also is understandable and he and the other much larger, more expensive and technologically more perfect "Union", and is able to launch up to seven people. But there is one important point. NASA will spend budget money to support his and not "alien" the space industry. On its own, as you know, money to spend easier.

And finally, on the financial side of the flight station after 2020, the year, the report stressed: "the Decision of one or more partners to withdraw from [the ISS program] will increase the cost of operation of the complex, like NASA and the other partners". So the decision to leave the program after 2020 and does not increase the desire of the United States, Europe, Japan and Canada to stay in it.

According to the authors of the report, "there are no significant obstacles that would prevent continued operation of the ISS until 2024". But the key word here is "significant". There are minor obstacles and that is very noticeable.

The first is the continuing decline in the efficiency of solar cells because of their continuous damage by micrometeorites and space debris, which reduces the power station.

The second obstacle is an unexpected failure of key elements of the systems and equipment requiring or unplanned spacewalks, or delivery of spare parts from Earth. Such failures from January 2004, the year to April 2014, "Office of inspector General" counted 12.

Here and failure of the onboard computer, and damage to solar panels, failures in the cooling system, reduce its effectiveness by 50%, as well as a leak of ammonia, potassium hydroxide and a small air leak from the complex (a little more than two kilograms per day). Included in the list of issues was also a problem in a spacesuit to work in the open space and almost happened in June of 2011, the collision of the ISS with space debris.

And finally, the third obstacle is the limited capacity of NASA after the cancellation of the Shuttle for the delivery of large elements of the station, such as for example solar panels or radiators on orbit.

However, these hopes in light of statements appear to be somewhat naive. The fact that the launch of Nemov is planned for 2018 2019. Why should spend money on the construction and launch of the modules to the international complex, if she is planning to finish work on it in a year or two after their snapping?

Looking back, NASA understands that the hopes associated with ISS, is not quite justified: the station was more expensive its construction has demanded more time, and she was not so universal as expected. The Agency had planned to complete its construction by 2002, meeting of 17.4 billion dollars. In fact, the Assembly of the ISS was completed only in 2011, as already mentioned, 75 billion.